Discovering the Secret Path: Resources for the Classroom

During the Tragically Hip’s last public concert, lead singer Gord Downie called out Canadian Prime Minister Justin Trudeau for the way Canada has treated its Indigenous people. Thanks to the national broadcasting of the concert, Downie’s message was spread and met with cheers from coast to coast. As one of Canada’s most revered and well-respected musicians, Downie has consistently been vocal throughout his career around issues that were important to him.

Over the past few years, Downie had been working on a project to tell the story of Chanie Wenjack, a twelve-year-old boy who died more than 50 years ago trying to make his way home from Cecilia Jeffrey Indian Residential School. This journey that he embarked on was a 600-kilometre trek on a cold and dark night in late October.

Inspired by a Maclean’s article from the 1960’s that his brother Mike Downie passed along to him, Downie penned stories in the form of poems and transformed these into powerful songs that convey Chanie’s journey. These words were later brought to life by Jeff Lemire, a talented comic artist, who created a graphic novel to visually depict the project. The final package, called “The Secret Path“, includes a ten song album and an 88-page graphic novel.

An animated film was also created and was shown across Canada on CBC Television.

Our team at Learning Bird was moved by this series, and immediately saw the educational value in Chanie’s story. Three of our content creators, all former teachers, decided to use this collection as inspiration and decided to build educational resources to support its use in the classroom. The result was a trio of resources designed to support English language arts and history instruction for students in grades 10 and 11. 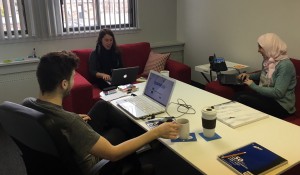 The first resource created by the team was a podcast entitled “Discovering the Secret Path”. This short audio piece by Daniel Corber, introduces the Secret Path project and shares both Downie’s story and the role he played in telling Chanie Wenjack’s story. It also provides some crucial information about residential schools and the role they’ve played in Canada’s history.

Discovering The Secret Path from Learning Bird on Vimeo.

The next resource is a video by Aya Salah that analyzes the diction, themes, structure and literary devices used in Downie’s poetry and lyrics. The video focuses on the poem “The Stranger”, breaking it down to look at the tone, style, and choice of words in the poem. It then goes deeper into exploring the themes it conveys and the structure of the poem itself. This resource provides a great way to introduce this title within an English language arts context to support instruction around analyzing poetry, using literary devices, or exploring themes in text.

Analyzing The Secret Path from Learning Bird on Vimeo.

The final resource, created by Natalie Gilbert, is a package of activity worksheets that provides teachers with four different ideas on projects and activities to bring the book to life in a classroom setting. These projects could be incorporated into an English class, a visual arts class, or even a history class. Projects range from a mini-research project, where a student researches new concepts or terms using a KWL chart, to a personal reflection document where the student outlines the emotions evoked when reading the book. 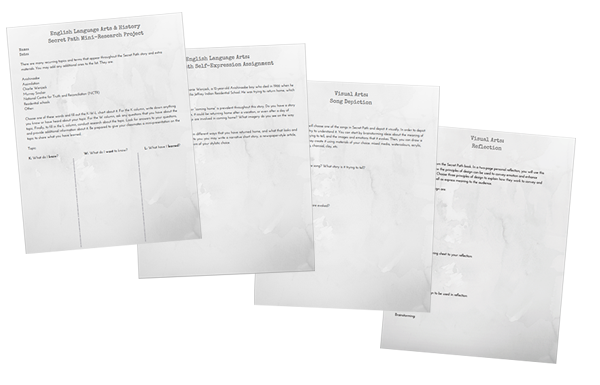 Use These Resources in your Classroom

These resources can help teachers more efficiently weave this valuable title into their instruction, making it easier for them to use the content in-context with their core subject areas. In the process of creating these resources, our team developed a stronger understanding of, and appreciation for, Downie’s need to share Chanie’s story, and the even greater need to educate and share resources on the mistreatment of Indigenous children and their families by the residential school system in Canada. Our hope is that through the inclusion of content like this, based on strong and insightful stories, that we will be able to help in the education process and step forward on the road to reconciliation.

We want to work with you to bring Indigenous digital content into your schools and communities across Canada, as well as provide technological and pedagogical support to the schools, teachers, and students who need it most. Contact us to learn more about how we can work together to benefit your school or community. 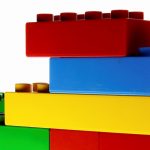 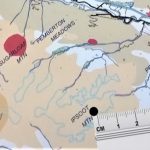