Your Role in the International Decade of Indigenous Languages

What are the goals of the International Decade of Indigenous Languages?

In an interview with CBC, Chief Leroy Denny of Eskasoni First Nation, the largest Mi’kmaw-speaking community in the world, said, “If an elder passes away, it’s like a library burns down, I was told.” Language is closely linked to identity, traditional knowledge, worldview, and ways of being. Each language is like a distinct universe. Unfortunately, many Indigenous languages are at risk of extinction. The loss of these languages results in a significant loss of human rights. Language loss restricts freedom of expression, access to services, and participation in cultural life, among many other rights.

Protecting Indigenous languages is paramount to upholding Indigenous human rights. It also guarantees the success of all people in the future. The Global Action Plan for the International Decade of Indigenous Languages aims to ensure “Indigenous languages are preserved, revitalized, promoted and used across all socio-cultural, economic, environmental, and political domains and are drivers for building peace, justice, development and reconciliation in our societies.”

What about Indigenous languages in Canada?

What is happening in Canada to support Indigenous languages?

Several things are happening throughout the country to support the continued use of Indigenous languages. Provincial governments are finding different ways to take action. In Nova Scotia, the Mi’kmaw Language Act will enshrine Mi’kmaw as the official first language with the promise of a multi-year revitalization strategy. The Canadian government enacted the Indigenous Languages Act in response to the International Decade of Indigenous Languages. This act aims to provide long-term funding for Indigenous languages and a commissioner, Dr. Ronald Ignace, to oversee its implementation.

Many Nations did not wait for the Canadian government or UN to begin their language reclamation and revitalization efforts. Meanwhile, others are just embarking on this journey. Indigenous language speakers’ efforts include creating language nests, developing language and culture curriculums, and building resources to support these curricula. Haisla Nation is a shining example of what language reawakening projects can look like. Part of Haisla Nation’s language revitalization includes partnering with the First Nations Education Foundation to lead rapid word collection activities and rapid story collection workshops as the foundation for language development. The Nation has a project to build K-12 language and culture curricula for their and nearby public schools.

For years, the First Nations Education Steering Committee (FNESC) has assisted communities in their language revitalization efforts. The governments of Canada and British Columbia undertook a recent initiative to develop accredited language programs. Following British Columbia’s language development template, First Nations in BC can create a language curriculum to replace French as a second language.

What can I do to support the International Decade of Indigenous Languages?

How can you join the Decade of Indigenous Languages and beyond? Funding is available for individual Nations and schools to assist with developing and implementing Indigenous language projects. First Nations communities and organizations may access federal funding through the Department of Canadian Heritage. Regional funding is available through the First Peoples Cultural Council (FPCC), First Nations Confederacy of Cultural Education Centres (FNCCEC), and other regional and local groups. Assessing community needs, evaluating strengths, and identifying goals for growth is a great place to start initiating a language project.

How can you begin? A great first step is using Native Land Digital to learn whose ancestral territory you occupy. Then, try learning a basic greeting in the local language(s)! If you’re interested in learning an Indigenous language, you can also check out some of these language resources.

Hannah Arseneau-Danielis
Hannah is an educator with a passion for living, learning and teaching in remote areas of Northern Canada. When she is not in the classroom, you can find her outdoors jogging, hiking or wading in a lake. 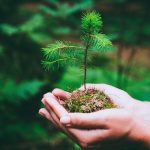 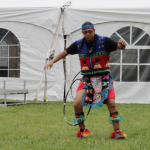