Why Pop Culture has a Place in the Classroom

Incorporating pop culture and media into the classroom is a divisive issue amongst educators, and not without reason. While pop culture has its benefits, it could be distracting if integrated inappropriately. It can also be intimidating for an educator to relate to learners of a different generation without feeling out of touch.

However, the benefits of teaching using popular media are substantial. It helps engage learners, brings lessons off the page, and addresses controversial topics. Furthermore, it could be a fun lesson for the end of the semester or a light distraction during tense academic periods.

Why should educators include pop culture in the classroom?

“We cannot sit back and let our students passively digest the material. No, instead, teachers should actively engage students in discussions about the controversial material bombarding them,” Mark Hauser wrote in EducationWeek, rallying educators to stare down music with inappropriate themes rather than shy away from it.

Hauser notes, correctly, that “clean” versions of popular songs mask the profanity but don’t modify the inappropriate themes that come with the chosen language.

The net result is that learners believe the moral shortfall is in specific profane terms. However, the overarching theme of the content is more damaging to a student’s life view.

Music, movies, and entertainment inspire richer discussion than news articles. Articles require a reader to see a rolling coverage to understand and engage on the topic.

The educational consultant’s other resounding point is that pop culture lessons help educators meet learners in the middle. They relate to each other in ways learners understand. Educator Clay Morgan endorses this point.

“Lucky I know about zombies,” he petitions before detailing how he used the 2009 film Zombieland to explain the Morgenthau Plan. This strategy made a bored class come alive.

The Morgenthau Plan sounds like something dry in a heavy textbook, perfect for closing and taking a nap. Introducing the topic through the Zombieland rules of zombie apocalypse survival, in this case, Rule #4, “The Double Tap,” as Morgan does, can draw more interest from the outset.

How should educators include pop culture in the classroom?

Would Benjamin Franklin be a Facebook user? How would Abraham Lincoln’s presidential campaigns look on social media? What would the Great Fire of London or the toppling of the Roman Empire look like on Twitter?

The task calls upon digital literacy and storytelling elements that they feel comfortable with while challenging them to think critically about history and social media.

It can be daunting to incorporate music lyrics and movie references for an educator from a different generation than their learners. Educator Tim Weedon, however, provides a three-step framework for educators using pop culture in their classrooms.

Weedon begins by casually asking learners about their tastes in music (his pet area of interest). He then analyzes the responses from his learners for relevance to topic areas covered in the curriculum course. Weedon pays close attention to lyrical content and themes, ensuring they fit the class’s age.

Using pop culture in group activities is a great way to break the ice in a new class. Weedon suggests assigning learners reading and developing song lyrics/poems in groups. You can read a full breakdown of his lesson plan on Development Education.

Primarily useful in teaching literature analysis, Weedon asks learners to analyze their favourite song lyrics and how they would be relevant to the course.

The educator subscribes to the same view as Hauser on any inappropriate subject matter. He says, “It is better to discuss the text rather than avoid the subject matter without offering any educational choices or advice.” He does, however, state that he looks closely at the chosen songs and doesn’t guarantee their use.

Once they have decided on their topics and songs, they break down the song structure through vocabulary, spelling, grammar, punctuation, sentence structure, and linguistics.

A popular and effective format for lessons is song. Educators use the melodies of well-known songs or match a popular style to teach a lesson. It takes confidence, but it is fun for educators and makes content incredibly catchy and memorable for learners when done well. I’ve been singing math lessons in my head all day on more than one occasion!

There are many resources to guide you through using pop culture in your teaching. It’s an element of pedagogy that can give an edge to your teaching and provide a deeper reference to content. Join one of the many communities online, connect with educators on social media, or dive into music, movies and tv. It isn’t as intimidating as it seems.

These are some great resources for you to explore incorporating pop culture in the classroom: 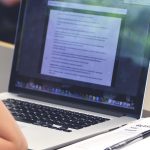