June 21, 2016 is the 20th anniversary of National Aboriginal Day in Canada. The day was created in 1996 by the then Governor General of Canada, Roméo LeBlanc, with the purpose of recognizing and celebrating the heritage, diverse cultures, and contributions of First Nations, Inuit, and Métis peoples. The particular date was chosen because it is the summer solstice, which is around the time when many Aboriginal peoples traditionally celebrated their culture and heritage.

Before celebrating with your students, it’s important to understand Canada’s history with Aboriginal peoples and the current initiatives that are attempting to mend the relationships between non-Indigenous and Indigenous peoples.

One person who has been working to share this knowledge is Charlene Bearhead. She has worked in education for the last 30 years, most recently as the education lead for the National Centre for Truth and Reconciliation (NCTR). She works with universities and teachers across Canada, and helps connect people with resources from the NCTR.

After the Truth and Reconciliation Commission (TRC) in Ottawa last June, Bearhead spoke about education as an important factor in reconciliation. In a recent interview with the CBC, she shared the following comment: “Really what we’re teaching [children] is who we really are as Canadians and what our collective history is. [So] they grow up with that as a part of knowing who they are, who we are collectively, what our truth is, and what our values are now, and where we’re heading.”

Jean-Paul Restoule, Associate Professor of Aboriginal Education at OISE/University of Toronto, echoed that sentiment in a blog post from last year called: “On National Aboriginal Day, what does reconciliation mean to you?” “Achieving genuine reconciliation between Aboriginal and non-Aboriginal peoples in Canada is a responsibility we all share… It starts with developing understanding and building relationships,” Restoule wrote. Restoule also quoted the current Governor General of Canada, His Excellency the Right Honourable David Johnston’s speech at the ceremonial closing of the Truth and Reconciliation Commission. Johnston said: “Education – learning – offers us the best chance of finding our way out of this situation. Our hope lies in learning, and an unwavering commitment to tolerance, respect, and inclusiveness in our relationships.” Students of all backgrounds in Canada can celebrate and honor First Nation peoples today, and every day. Here is a selection of events, activities, and resources that can be used to celebrate National Aboriginal Day, or to incorporate in your classroom at any time. 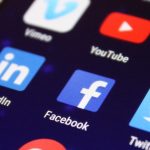 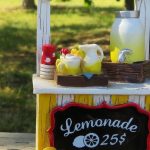 How To: Teach Real-World Entrepreneurship and Business SkillsClassroom Practice