Women have a powerful role in many Indigenous cultures as educators, land and water protectors, and life bringers. Certain teachings belong to women only. Some cultures, like the Haudenosaunee and Haida, are matrilineal. Haudenosaunee women had significant political power. They named the Chief, and they could also remove him from his position. The National Inquiry into Missing and Murdered Indigenous Women and Girls reported on the systemic harm and violence caused by colonization.

The Impacts of Colonialism on Indigenous Women

When Europeans came to Turtle Island, they began imposing their patriarchal worldview on First Nations communities and Peoples they engaged with. Eventually, the colonial government encoded this view of male superiority in the Indian Act. The Indian Act derived a woman’s status from her husband rather than her personal identity. As status determines governmental benefits, women whose marriages dissolved or whose husbands died were often left without benefits. Women were also unable to move back home to receive support from their families.

This lack of benefits and support and a pattern of hyper-sexualization and dehumanization of Indigenous women in the mainstream media have resulted in increased vulnerability. Today, while still powerful, Indigenous women and girls are more vulnerable to violence from people outside and inside their communities.

In 2006, after conducting research into the statistical data available on Missing and Murdered Indigenous Women and Girls, the Native Women’s Association of Canada (NWAC) found “more than 582 missing and murdered Aboriginal women and girls in this country.”

In 2013, the RCMP released its own report into Missing and Murdered Indigenous Women and Girls, which found that there were 1,181 “incidents of Aboriginal female homicides and unresolved missing Aboriginal females.” This report also states that “the total indicates that Aboriginal women are over-represented among Canada’s murdered and missing women.”

On December 8, 2015, the Canadian government announced a national inquiry into the high number of murdered and missing Indigenous women and girls. The National Inquiry into Missing and Murdered Indigenous Women and Girls has a broad mandate of investigating and understanding the underlying causes of the vulnerabilities of Indigenous women and girls, which contribute to a wide range of violent acts perpetrated against them. With this in mind, the Inquiry explores not only the missing and murdered but also “issues such as sexual assault, child abuse, domestic violence, bullying and harassment, suicide, and self-harm.”

Between May 2017 and April 2018, the National Inquiry held 15 community hearings. During these hearings, community members were invited to speak about their personal experiences and share their thoughts on fixing the situation. The hearings were looking for ideas about how to keep Indigenous women and girls safe, help heal communities, and move forward on a path towards reconciliation. On November 1, 2017, the National Inquiry released its interim report, which outlined its process to date and included some preliminary immediate calls for action.

The National Inquiry has continued holding hearings with Knowledge Keepers, experts, and institutions. In addition, they have an open call for artistic expressions with the hope that the resulting art will help educate Canadians about the issue and communicate the emotions connected to losing a loved one in this way.

In addition, there have been many pieces of artwork and social justice campaigns that create awareness around MMIWG within mainstream media. Below, you will find links to some of the projects and art pieces that have taken on the subject to build awareness and assist with healing.

In collaboration with school and community partners, Webequie First Nation, Kahnawà:ke, and Seven Generations Education Institute, we created a variety of resource kits that help educators discuss MMIWG in the classroom. These resource kits broach this important subject and explore the movements that bring awareness to this nationwide crisis. They also encourage learners to take a stand by creating their own art, participating in or beginning their own campaign, or writing a letter to the Ministers of Crown-Indigenous Relations and Northern Affairs.

You can find other examples of Learning Bird resources dealing with MMIWG by performing a keyword search for “missing and murdered.”

The following resources will help you learn more about Missing and Murdered Indigenous Women and Girls. They can also provide you with ideas for integrating violence and social justice themes connected to MMIWG into your teaching.

Have you discussed MMIWG or violence against Indigenous women with your class? If so, tell us which resources you have found helpful. 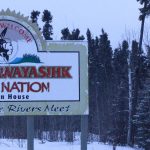