What is a treaty? By definition, it is a formal and legally-binding agreement between countries or nations. In Canada, “treaty” can be a charged word. When we talk about treaties in Canada, we usually mean those between the Crown and various Turtle Island Nations. They lay out the rights and responsibilities of the Canadian government and Indigenous Nations.

These treaties can be contentious issues, reflecting the strained relationship between the Government of Canada and many Indigenous Nations. You may have heard phrases such as “spirit and intent” or “we are all treaty people” concerning the treaty relationship. You may hear debates about treaty responsibilities versus the Indian Act and whether the government fulfils those responsibilities or not.

It is natural to remember the day when large-scale agreements took place. We often mark and remember the ends of wars or creation of countries, and treaties are no different. Across Canada, people celebrate the signing of treaties and remember the agreements. Celebrants often recall the rights and responsibilities of both parties and reflect on the relationships between the signatories.

October 1st was Treaty Day in Nova Scotia. Each year, Mi’kmaq celebrate the signing of the Peace and Friendship Treaties between 1725 and 1779.

The first week in November marks Treaties Recognition Week across Ontario. It offers everyone, especially children, a chance to learn about treaties and Indigenous cultures in the land now known as Ontario.

On Treaty Days, Indigenous Peoples celebrate their history on the land and their cultures by organizing and attending powwows, feasts, games, gatherings, and concerts. A large part of these days involves spending time with friends and family. Halifax has a parade to help non-Indigenous people in the province learn about Mi’kmaq history and culture. Treaty Day also kicks off Mi’kmaq History Month in Nova Scotia. In Ontario, Treaties Recognition Week is an opportunity for Indigenous groups, organizations, and speakers to teach learners about different communities of Indigenous Peoples who live in the province.

Another part of Treaty Days, mainly for lands covered by the Numbered Treaties, is Annuity Payments. The treaty documents outline the annual payment amounts. While these payments vary, they are all quite small. In Winnipeg, on Treaty 1 land, the payments are just $5 a year. When leaders signed the treaties in the 1800s and early 1900s, this was a reasonable amount of money. Today, it is largely symbolic of the continuing relationship between the federal government and Indigenous Nations.

That said, just as the treaties are sources of much discussion and debate, so are Treaty Days and Annuity Payments.

Ultimately, no matter their form, Treaty Days serve as a day to celebrate and remember Indigenous Peoples, histories, and rights. They are opportunities for non-Indigenous people to learn about and honour the cultures and Peoples of this land. They can remind everyone how much further we have on our journey to true reconciliation.

To learn more about treaties and different perspectives on them, check out the resources we created with First Nations communities and schools across Canada. We have resources discussing Treaties 3, 5, 6, and 10. You can find them on the Learning Bird platform by doing a keyword search for “treaty” or selecting the “Aboriginal Law & Treaties” filter. 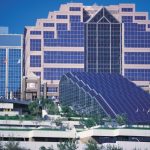 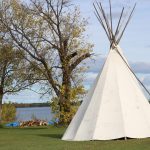