Across Canada, November is the month we focus on remembrance. We make space in our schedules to teach our learners about those fighting for our freedoms. Learners show veterans respect and honour through projects, reciting poems, and attending assemblies. In many schools, November 11th is the date of remembrance. However, there is another date that is just as important to recognize.

November 8th is National Indigenous Veterans Day, a day of remembrance inaugurated in 1994 by Winnipeg’s city council. For the past 23 years, communities across Canada, including Ottawa, have commemorated this day. However, the federal government has yet to recognize it as a national day of observance.

Many communities across Canada honour these brave individuals who faced discrimination to voluntarily enlist in the military and fight for Canada in far-off countries. These men and women risked the loss of status to do so. Upon returning home, they were often denied benefits after being bounced around between governmental departments.

According to Veterans Affairs Canada, over 7,000 First Nations people served throughout the First and Second World Wars and the Korean War. When we include Métis, Inuit, and non-status Indigenous veterans, this number jumps to approximately 12,000. These individuals served in many positions, such as ground troops, snipers, code talkers, and nurses.

Approximately 500 First Nations, Métis, and Inuit people gave their lives during these wars. Indigenous people continue to enlist in the Canadian Armed Forces and serve in various capacities today.

National Indigenous Veterans Day provides a day for us to stop and think about these men and women’s sacrifices. They left their homes, family, and friends, needed to adjust to new languages and cultures, and some faced disenfranchisement. Even with these hurdles to overcome, Indigenous people flocked to enlist, sometimes travelling long distances to do so. Like their non-Indigenous counterparts, many young Indigenous men lied about their age to enlist. Reasons for enlisting varied among these youth. Some signed up for the adventure of seeing the world, others to use their traditional skills on a global stage, and some out of patriotism.

After the First World War, it became clear that the Canadian government would make it difficult for Indigenous veterans to collect the benefits normally offered to those returning from war. As Betty Ann Lavallee, former National Chief of the Congress of Aboriginal Peoples, says in a 2016 Global News article, men and women coming home from the war found that the Department of Veterans Affairs denied responsibility for them, sending them to the Department of Indian Affairs, who often claimed that they were no longer eligible for benefits since they had been off-reserve too long.

While Indigenous people were often equals and brothers-in-arms on the battlefield, back home, they faced discrimination in every sphere of their lives. Many rights and freedoms Indigenous people gained overseas were rescinded after returning home. Even so, Indigenous people continued to eagerly enlist during the Second World War, the Korean War, and various peacekeeping missions. 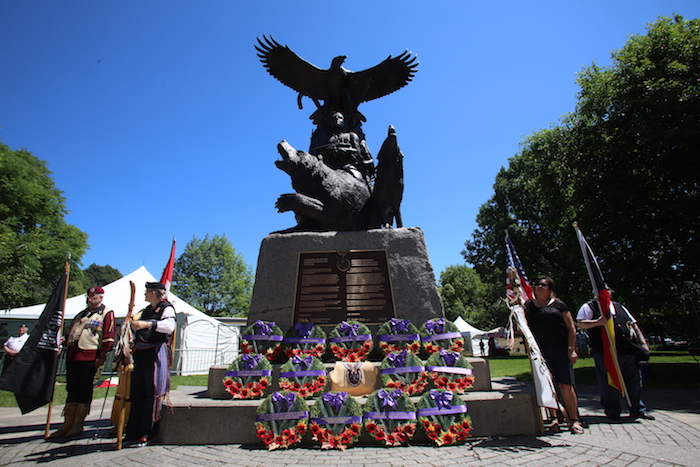 While it is important to remember discriminatory policies against Indigenous veterans, National Indigenous Veterans Day is a day to remember Indigenous soldiers who lost their lives fighting for Canada and honour those who came back.

If you could not attend an Indigenous Veterans Day observance this year, try to find one near you next November 8th. Consider organizing one yourself if there are none in your area. It is important to include traditional ways of honouring warriors from the Indigenous communities near you if you organize a ceremony.

You can also research the Indigenous individuals who sacrificed so much for our freedoms. The Memory Project has collected photos of Indigenous veterans, among other veterans, and their stories from both World Wars, the Korean War, and various peacekeeping missions. If you would like to see a list of many Indigenous veterans, along with their reserve, Nation, and information about their service, I encourage you to reference this Honour list.

Indigenous Veterans in the Classroom

If you would like to teach your learners about Indigenous veterans, you can use some of the learning activities on the Veterans Affairs Canada web page or try a larger unit about Indigenous War Heros from Wasauksing First Nation.

Please take a moment to remember and honour the Indigenous men and women who gave their lives to protect this land. 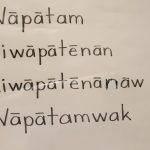 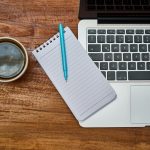