Embracing one’s culture and heritage is difficult if you don’t read or speak the language. That is one of the key challenges facing Indigenous youth today across Canada. Youth need to build knowledge to connect with their culture and heritage. They must interact with their people, learn about important places, and understand significant historical events. They need to connect with local art and artists, learn traditions and ways of life, and engage with important symbols and cultural materials. Language revitalization efforts in education are critical for increasing youth engagement.

The last Canadian census reported over 60 Indigenous languages across Canada. However, this list is not exhaustive. The census did not appropriately enumerate several communities, meaning the census did not recognize several languages. Of the 60+ reported languages, there are 12 distinct language families. Three language groups account for nearly two-thirds of all language speakers – nêhiyawêwin, Inuktitut, and Anishnaabemowin. However, even these three languages only have around 20,000 speakers each, less than the population of a small city. Often language speakers are Elders and Knowledge Keepers within the community. They are a progressively ageing population, putting the languages even more at risk.

Loss of language in Indigenous communities stems from many root causes. More than 20,000 Indigenous youth were taken from their homes and families during the Sixties Scoop and adopted by non-Indigenous families across Canada, the United States, and even parts of Europe. The Canadian government forced several thousand more learners into residential schools. The residential schools stripped them of their language and separated them from their land and families. As a result, English often became the dominant language at home and within the community.

This loss of language and culture has led Indigenous youth toward an identity crisis. Youth don’t understand or connect to their heritage and don’t see themselves reflected in it. It can be challenging for teens to engage in their community when they feel connected and included. Youth disengagement increases without the language skills to converse with family or participate in community traditions, celebrations, feasts, and activities.

Schools use great techniques to re-build language skills among the younger generations. There are new immersion language programs for younger grades. Schools place deeper emphasis on experiential and land-based learning. There is better language integration in cross-curricular activities.

Many communities are also turning toward technology to preserve the knowledge of Elders and their stories, traditions, and language instruction. Technology can help reach young people and engage them like their leisure activities. Consider using digital lessons, interactive flashcards, apps, or games. This generation was brought up on YouTube, texting, and social media. It creates a different “norm” for interactions and wires them differently for engagement.

Apps like FirstVoices, which provides keyboards for youth to text and tweet in their languages, help youth make their Indigenous language a more integrated part of their lives. Combining that with integrated immersion and in-class resources that blend traditional instruction with digital supports can greatly increase learners’ interest and engagement in language learning.

Our team has been working with communities from coast-to-coast to create in-class resources for language and culture education. We’ve developed content to support Mi’kmawi’simk, nêhiyawêwin (multiple dialects), Anishininiimowin, and Anishnaabemowin. Below is a lesson that showcases vocabulary and language learning for middle school learners. Community Elders and Knowledge Keepers interested in language revitalization in their schools voiced this video.

In collaboration with Webequie First Nation, our team created this video to teach middle school learners basic animal names in Anishininiimowin through a storytelling model. This approach is more interesting and engaging than simply memorizing the terms through traditional vocabulary models.

Oji-Cree Story: “The Little Cat Looks for a Family” from Learning Bird on Vimeo.

This video is part of a unit that includes podcasts, handouts, slideshows, and worksheets that progress through the topic.

Governments are finally starting to invest in language education and preservation and have committed new funds to specific initiatives. The Alberta government recently announced a new $665K grant to provide K-12 learners throughout the province with instructors and resources to revitalize and strengthen language learning. Earlier this year, the Federal government pledged $89.9 million to preserve, protect, and revitalize Indigenous languages and cultures over the next three years. These investments fund programs like the Indigenous Languages and Cultures Program. It’s a grant designed to fund community language learning resources and programs to revitalize local languages and promote language learning at all levels.

There are increased investments in language preservation and improved retention of Elder and Knowledge Keeper’s language knowledge. We hope that makes it easier to create language learning content, tools, and opportunities for youth. Combining this with increased technology integration will help young people better engage and connect to their culture and language.

If you would like to learn more about our language learning resources and how we can collaborate with you to create digital content, reach out to us at achieve@learningbird.com or call 1-888-844-9022. 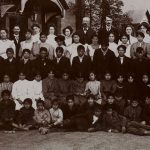 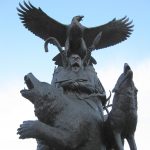