Learning Bird recently started a book club focusing on books written by Indigenous authors and/or including Indigenous themes and issues. We just held our inaugural book club meeting where we discussed Seven Fallen Feathers: Racism, Death, and Hard Truths in a Northern City by Tanya Talaga.

We were all very excited to have a chance to come together and read books written by Indigenous authors and featuring Indigenous themes. We felt like it made sense to begin with Seven Fallen Feathers as many of us had already heard about the book. We also knew that it had been getting a lot of press and had won many awards. We have worked with a few communities in the area, so we were interested to learn a bit more about the region as a whole and the challenges Indigenous students face there.

Seven Fallen Feathers conveys the stories of the seven Indigenous youth who died in Thunder Bay between 2000 and 2011. Talaga delves into the personal lives and histories of these youth giving them not only a name and a face but also a depth of humanity and personality that allows us as readers to connect with them. Talaga also successfully portrays the complicated geographic, political, and cultural climates of Thunder Bay and the surrounding areas to help us understand the context that Jordan Wabasse, Kyle Morrisseau, Curran Strang, Robyn Harper, Paul Panacheese, Reggie Bushie and Jethro Anderson were living in.

Below, you will find some team members’ thoughts and impressions after reading Seven Fallen Feathers.

Tanya Talaga’s writing impresses on so many levels, but the aspect that marked me the most was the humanity that courses through her storytelling. Talaga describes a series of recurring patterns, tragedies, and systemic injustices without ever losing sight of the people and lives that are involved in them. In situations where police blotters and news articles tend to treat Indigenous victims of violence as statistics or worse, Talaga puts equal focus on the hopes, dreams, and fears of each one of the “Fallen Feathers”. Moreover, Talaga makes sure to document the tireless efforts and frustrations of the families, caretakers, and activists that continue to be affected by the disappearance of youth. In this way, Talaga emphasizes the all-encompassing impacts of racism and violence while renewing our collective responsibility to do something about it.

Tanya Talaga’s extensive research in writing Seven Fallen Feathers: Racism, Death and Hard Truths in a Northern City allows readers to readily connect with the victims and families in the book. The level of detail she provides about the events surrounding the deaths of seven First Nations youth in Thunder Bay create a vivid narrative that is at the same time impressive and disturbing. At the end of the work, I felt as if I knew some of the kids personally, and had a glimpse into the pain their families have endured.

This was a very powerful book that artfully shared the tragic deaths of seven young people in and around the Thunder Bay region. The book is extremely well researched and written, giving the reader almost a bird’s eye view of each student’s story.

Tanya Talaga draws you in with her descriptive writing, creating a strong connection with the students and the challenges they faced coming to and living in the city. This book provides an eye-opening glimpse into the difficult choices many parents faced, and some still face today, in sending their children out of their communities to continue their education. I can see why this book has won several awards, as it shares an important truth about systematic racism and highlights the barriers to education that continue to exist in this country for First Nations youth.

At first, I found it interesting to hear references to place names that are becoming familiar to us. Later, this ‘apparent’ familiarity was more impactful when one is presented with the tragic histories and personal stories that are connected to these places.

This isolation, even when surrounded by people, as in the death of Robyn, profoundly affected me. The passing off of the responsibility from friend to friend when out drinking on her last night, the dragging of her unconscious body through the snow by a friend, the callous and thoughtlessness of the racist slurs from the whites in the passing car, and the being stepped over by a cousin in the hallway. Always surrounded by others, always alone.

It seemed to me that every time I turned a page while reading Seven Fallen Feathers I was struck by a new thing. I was struck by the lack of clarity brought to any of the seven youth’s deaths. I was struck by the disdain others showed these young people, both in their lives and in their deaths. I was struck by how disturbing some of the scenes in the book were, and even more by how terrible it is that high school students live through disturbing scenes like these. I struggle to understand some of the actions taken by various people connected to these events and I struggle even more to understand some of the reactions people had towards these young kids who find themselves at a loss in the big city for the first time.

Just as I was on the plane leaving Thunder Bay, I started reading this book and could not put it down. The wealth of information shared in this book demonstrates that institutional violence, as it relates to colonialism in Canada, is still alive today. Talaga brings each of the teenagers’ stories to life, weaving in their families, their lives, and the consistent failure of the system to support them, before and after their deaths. As I read through each of their stories, I was shocked and could not believe that I hadn’t heard of most of these tragic events. How did their stories not make the headlines? How can we trust the system to protect each and every Canadian citizen when it is shaped by institutional racism? The book is heartbreaking and infuriating, but it does bring to light the need for change. I would recommend this book in a heartbeat to all Canadians who care about our past, and its effects on our present and future.

Have you read Seven Fallen Feathers as well? What were your thoughts? Email us to share what stuck with you after reading it.

This month we will be reading 21 Things You May Not Know About the Indian Act: Helping Canadians Make Reconciliation with Indigenous Peoples a Reality by Bob Joseph. We look forward to learning more about this huge, complex, and important piece of legislation that has such an impact on First Nations people and communities.

Are there any specific things you think we should pay attention to or discuss while we read this book? Do you have a suggestion for a book we should read in the future? Email us to let us know. 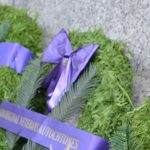 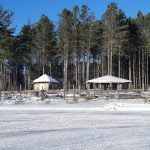