Bringing Games into the Classroom: A Practical Guide

Do not panic. I will break down the most practical way for educators to successfully integrate elements of video games into their classrooms as painlessly as possible. And hopefully, I will even inspire you to level up from “noob” to gamer in the process! 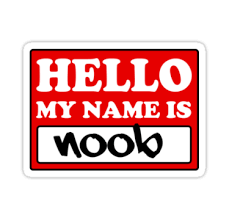 First things first: Before thinking about what elements of gaming you might bring into your classroom, you should talk to your learners about gaming and learn the lingo.

It is important to recognize that not all gamers game alike. For instance, what is the difference between a console game and a tabletop game? Gamers play console games on popular gaming consoles like Playstation, Xbox or Wii. In contrast, tabletop games are more traditional, board game-style gaming. When using the reference gamer, you’re talking about players who engage with digital games in one form or another (console, PC, tablet, etc.). Still, it’s important to keep in mind that there are nuances to this community. You can easily use “gamer” for a board gamer and an Xbox gamer.

Language is also important. Many online games have specific language or short-form words to relate information easily. It is usually to help strategize how to win your object, but not always. “Noob,” for instance, is someone who lacks experience in a specific area, digital skills in particular. It signifies that an individual may not be as strong of a player as the rest of their teammates or opponents. You’ve probably heard learners use it in an everyday context with each other.

The key to learning more about gaming culture and language is to engage in conversations about gaming with your learners. What do they play? How do they play? What’s Clash of Clans? What about these particular games draws them? Is this something you could play to learn more about it? Your learners are dying to talk to you about their games. You don’t need to know much. You need an attentive ear and a willingness to think through how those games could impact your teaching.

A great way to ease yourself into gaming in your classroom would be to take elements of what makes gaming so fun and exciting and incorporate them into your teaching. Gamification is a popular buzzword right now. While it borrows elements of games, like levelling, goal-oriented tasks, and almost always the presence of a digital avatar, it is not, in fact, gaming. Gamification could be as simple as reward-based classroom activities and management. Learners who can level up and go on learning quests in class are engaged in activities similar to those they play in games. Create a map on a bulletin board or wall representing a challenge, quest, or journey, with each learner’s name or an image representing them. As learners complete their quest, they can move their identifier along the map towards the end of the level.

Here we’ve encountered another language lesson. Serious games are types of games in which a learning objective is the main purpose of the game. While enveloped in a game world, games like Math Blaster and Bookworm teach a concept, like spelling, grammar, or multiplication. There are thousands of serious games you can play online on educational websites. Even TV networks like the Disney Channel and Nickelodeon have serious games online as part of their game libraries.

These games can serve a few purposes in your classroom. They could be a reward system for learners who have finished assigned work and must be kept busy. They could also be an alternative way to approach some concepts learners struggle with in traditional formats. Suppose a learner is struggling with fractions. A serious game based in a kitchen, with plenty of need for fraction concepts, could be the key to unlocking the next step in their learning. Educational sites like Common Sense Media have put together some excellent resources for educators to evaluate games they use in their classrooms.

Stay with me. It will be a scarier concept for an educator just starting to tackle the idea of gaming in the classroom. Still, I promise it will be worth your while. Now, your learners spend a significant amount of time engaging with this category of games. These are games of all types, styles, and budgets but whose main objective is to entertain. These games, I would suggest, could be used in multiple ways.

Let’s start with an example game like SimCity. It’s a popular simulation whose main objective is to learn to develop, govern and expand a city successfully. With all the municipal responsibilities, like garbage pick up and keeping citizens happy by maintaining parks and schools, a player has a lot to negotiate and learn. I think this makes for an excellent learning tool for any classroom.

The first step would be playing the game yourself. If that seems too daunting, you could watch tutorials of a particular game online. There are even videos of other players engaging in the game (try www.twitch.com, a popular site to watch gamers negotiate games and a hit with most learners). After you’ve determined what game areas you might use to create learning opportunities, design a WebQuest-like activity, but for your chosen game. Learners can screen capture, blog, write or even keep video gameplay records. You can challenge them to use those resources to explain concepts they’ve learned in class.

Several game titles include great content for learning, such as the Total War series. I have used Empire Total War to discuss and dissect the strategies and events that impacted Napoleon’s decision-making. I used the game to introduce topics learners would be learning.

For this approach, you as an educator need to be open to learning about different popular games with your learners and what big issues those games are tackling that could relate to your classroom lessons. Video games are cultural objects, reflections of what our society does at its best and worse. Using them to critically discuss major global issues, like racism, terrorism, bullying, or war, is another path towards building understanding.

For example, most history educators have no problem using a Hollywood film to tackle a tough topic like concentration camps or WWII warfare. I would argue that using a game like Medal of Honor, which borrows heavily from soldiers’ first-hand experiences, does a similar job of connecting the issues for learners. That’s not to say you need learners to play Grand Theft Auto V in the classroom to discuss issues like race and segregation. Instead, use the game’s storyline to hook learners into the discussion. That respects games for what they are: cultural objects like film or media that impart valuable insight into our society, historically and presently.

Gaming for a “noob” might seem a bit daunting. Still, when you explore the number of ways one can approach it and build towards the comfort level of bringing more games into the classroom, you’ll realize you won’t be a noob for long. 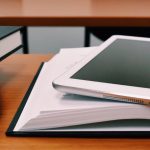 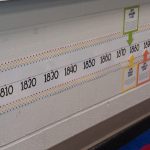